We had our second meeting for the second coding phase (28th June to 26th July) on Tuesday, 16th July 2019 at 12:30 CEST or 16:00 IST, which was as always conducted on #grimoirelab channel.
In this post, I’ll try to highlight some key points discussed during the meeting, ranging from the work done in this week, blockers or pending work (if any) to the work planned for the coming week.
(This week’s meeting had to be rescheduled due to unavailability of mentors.)

During our re-iteration time, @valcos had pointed out that due to no data corresponding to the common datetime, the current line-chart has problems. It should produce the sum total of the metrics on the line-chart at every point, which was incorrect in our case. As it would show the metric corresponding to the latest commit.
(We, earlier had a line-chart for each metric, lines in the line-chart would show the evolution of each repository(origin) for the corresponding metric over time, But this would cause problems in case of a large number of repositories. Hence, we had to think of other possible solutions) 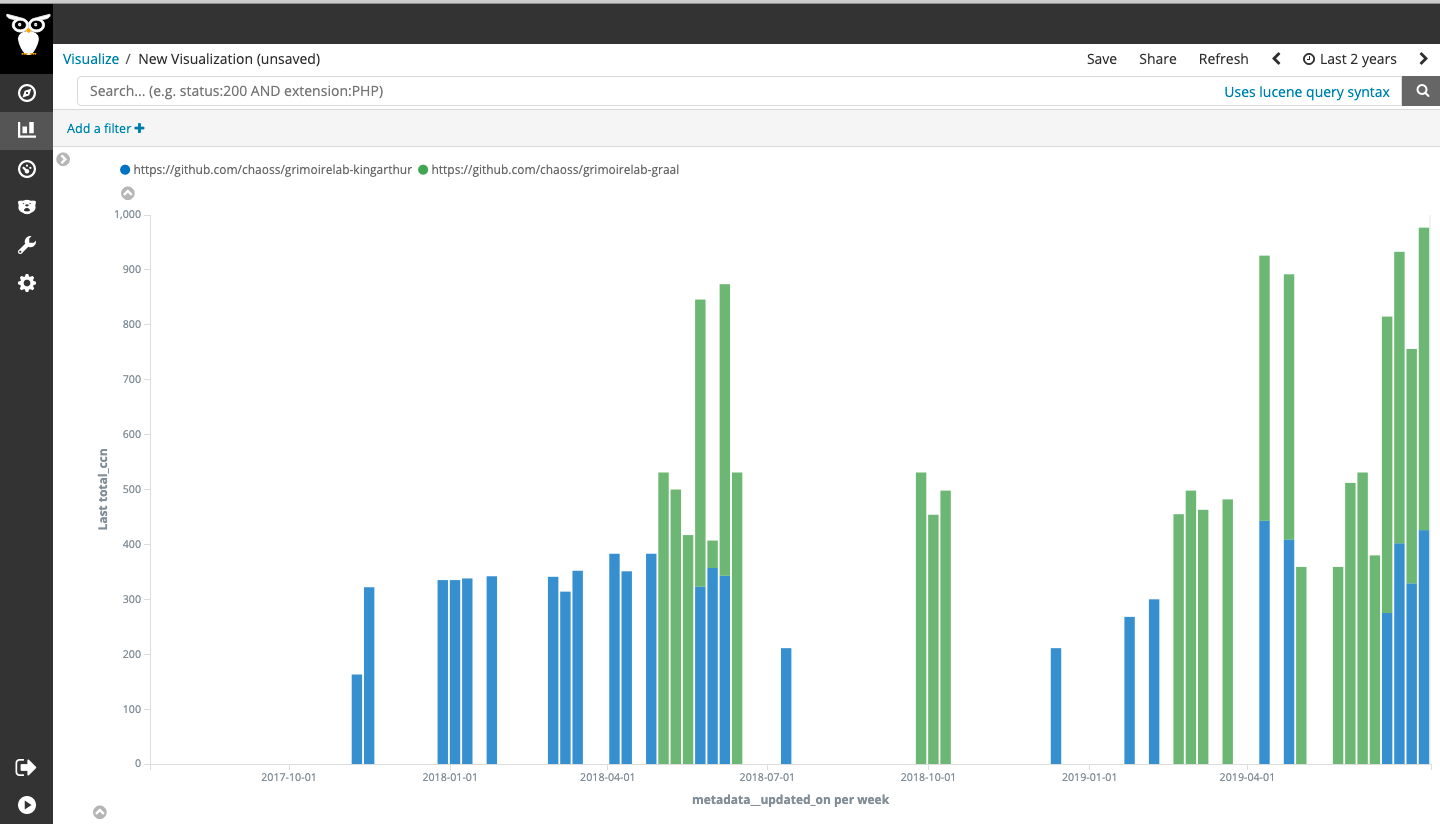